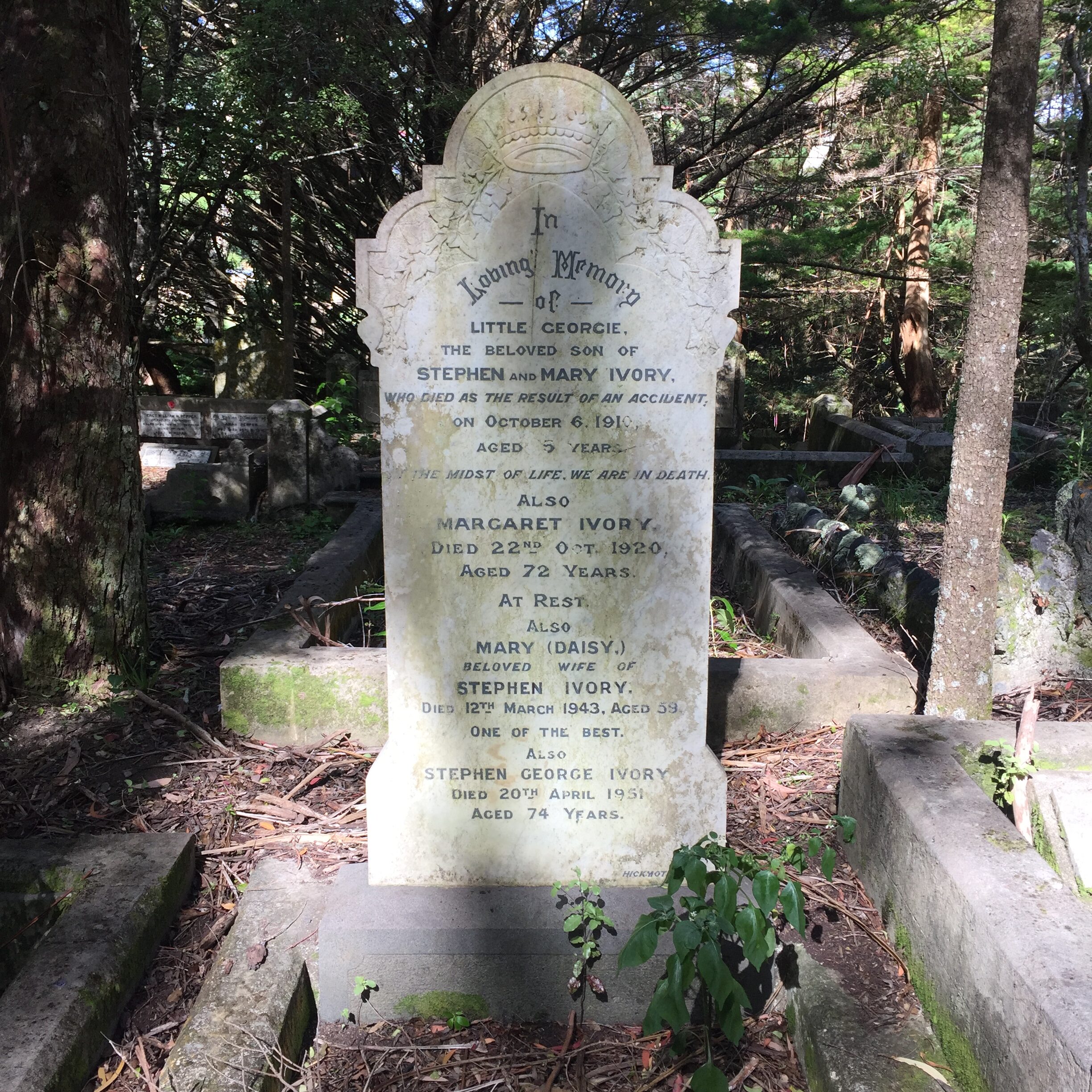 This is the sad story of five year old George Ivory.

George was the son of Stephen Ivory and Mary Ann Norah Callan who had married in 1905. She was 21 and he was 28. Their son George was born the same year.

At 6pm on the 6th October 1910, Little Georgie had left his house at 2 Torquay Terrace Newtown to meet his father who was a Carter on his return home. Stephen was sitting on the shaft of his dray as was his custom and on meeting Georgie, placed him on the dray. But wanting to imitate his father, Georgie went to climb down onto the shaft and in doing so “fell by the horses heels”. A doctor was called but death had been instant.

The inquest the following day told a slightly different story in that the dray had no front or rear boards and with the rough road surface, a jolt sent Georgie forward under the wheel. A verdict of accidental death is recorded.

Georgie was buried in Public2 and has this beautiful headstone. His parents ran a successful Carrying business for many years and resided at 114 Hanson Street. There were no more children.