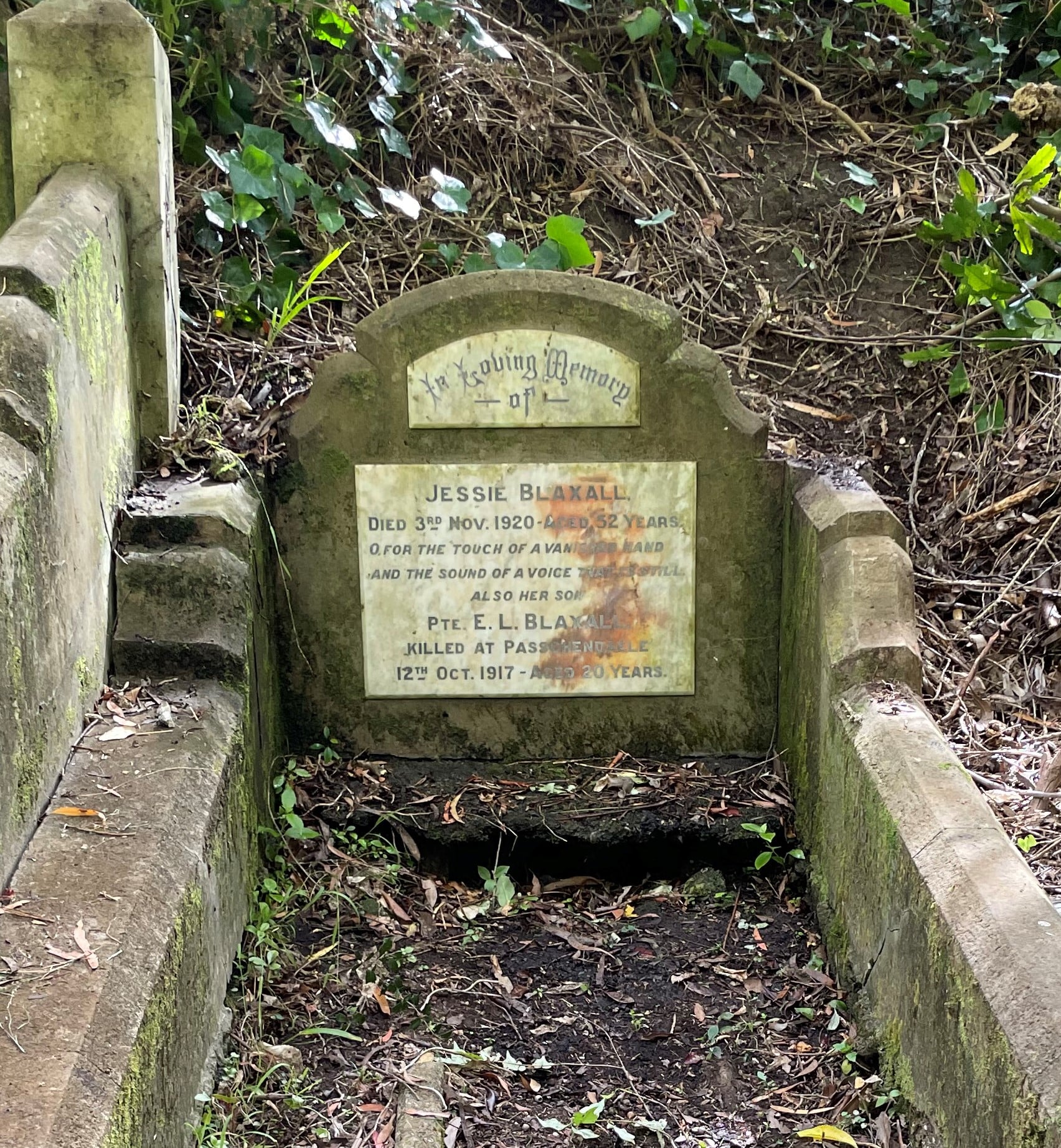 Two of the treasures revealed in the 14th February working bee – the plot with the checkerboard ledger has two other Masonic symbols, one being the compass and set square. It was completely obscured by long grass and other greenery which had formed a thick mat. The Blaxall family plot commemorates a 20-year old son killed on 12 October 1917 in the Battle of Passchendaele – unseen under many layers of dirt and grime for many years.