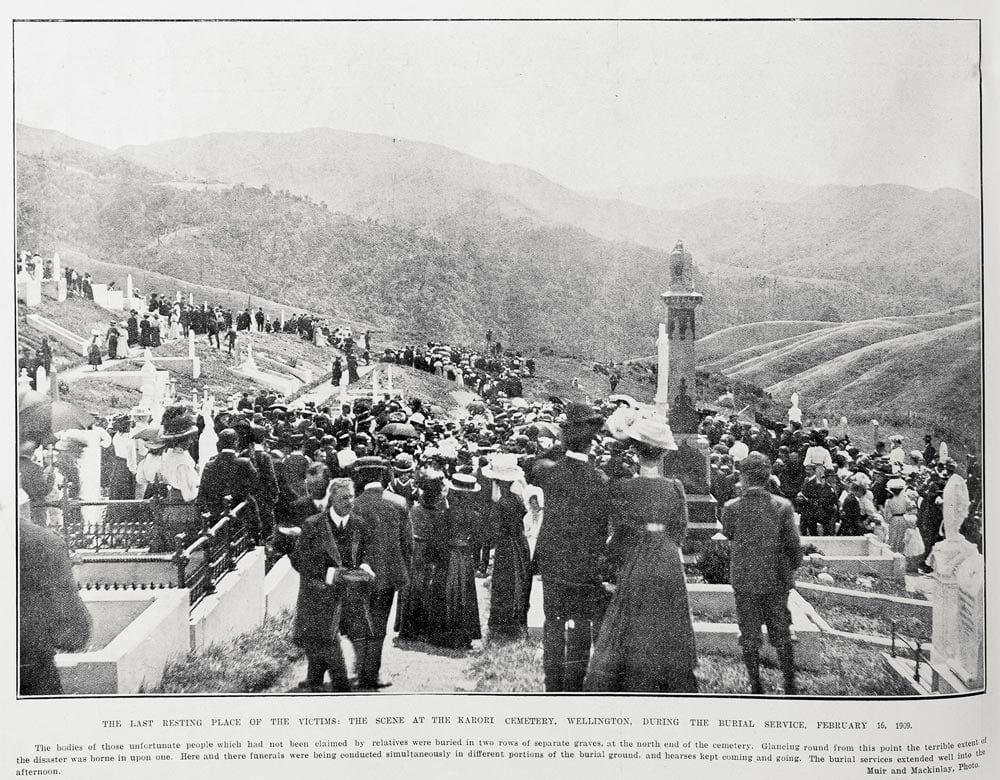 On the evening of 12 February 1909, the SS Penguin left Picton for Wellington in fine weather.Conditions quickly deteriorated as the Penguin reached Cook Strait. After changing course again to ride out the storm, the ship struck rocks and began to sink in heavy seas.The evacuation did not go well as the lifeboats quickly capsized. No children and only one woman survived. Only 30 of the 102 people who set out from Picton made it ashore alive.It is widely believed that the SS Penguin hit Thoms Rock off Cape Terawhiti and the shipwreck was the worst New Zealand shipwreck the 20th century. Forty of the 72 victims were buried at Karori Cemetery.Wellington came to a stand still for a mass funeral procession that wended its way through the city and Kelburn on to the Karori Cemetery. A half day holiday was declared. Special newspaper editions were published, shops, offices and schools closed and the streets along the procession route were crowded with people.

A self guided walk is available through Karori Cemetery if you are interested finding out more.https://wellington.govt.nz/…/penguin-shipwreck-memorial…https://paperspast.natlib.govt.nz/newspa…/NZFL19090220.2.4