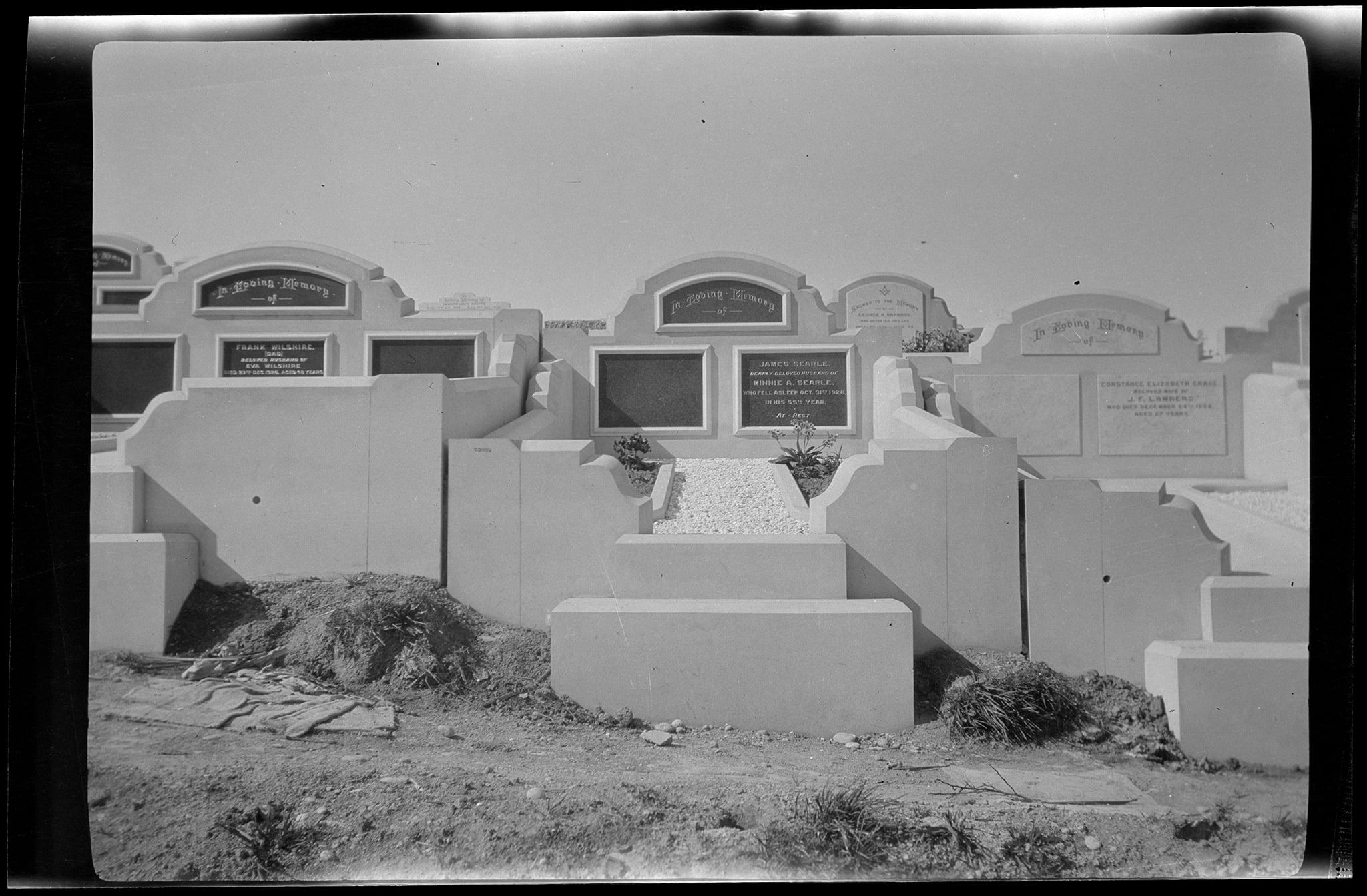 Our second photo from the Berry & Co collection features the grave of James Searle (1872-1926).

James was born in Plymouth and had moved to Gisborne at an early age before moving to Wellington.He married Minnie Tattle in 1903 and at the time of their wedding it was reported that he was a well known tenor singer. Together James and Minnie had two sons and a daughter. At the time of his death in 1926 James worked as a commercial traveller and it was reported that he took part in the St Pauls Pro Cathedral choir, the Liedertafel, and other musical organisations.

Minnie Searle was also well known in Wellington. Her father (George Tattle) had been one of the Pakeha children born in Wellington. Her sister Rosina married Charles Norwood and subsequently became Lady Norwood. The rose gardens at Wellington Botanic Gardens bear her name. Minnie went on an overseas tour for two years and the party held for her upon her return in 1938 is reported in the Evening Post. Minnie died in 1957 aged 85.

The high altar at St Mark’s Church Wellington is dedicated to the memory of Minnie and James.

The photo of James’ grave in the Berry & Co collection was taken by his son Roland Searle.