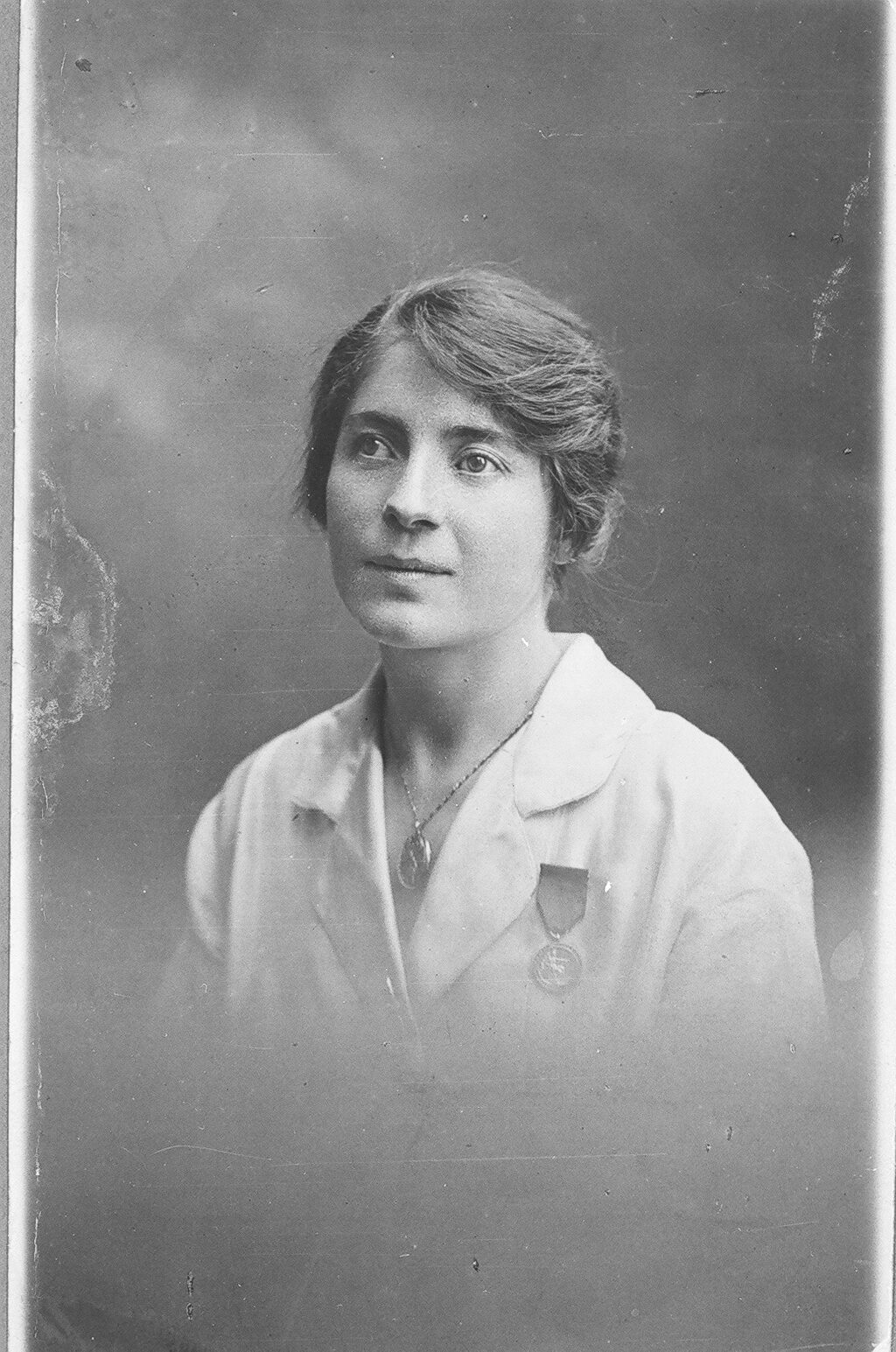 Euphemia Cunningham, known as Effie, was born in Edinburgh in 1892 and was working in a printing factory when war began. Two of her brothers were regular soldiers and were sent straight to France and another two brothers enlisted in early 1915. By October 1915 three of Effie’s brothers had been killed. Distraught by these deaths, Effie signed up to work in a munitions factory under construction near the border of Scotland and England. Codenamed Moorside[1], it was the largest munitions plant in the UK, built in response to a severe shell shortage on the Western Front. The project was secret so when Effie left Edinburgh in mid-1916 to become a munitionette she was unable to say what work she was going to do. One well-wisher hoped she would enjoy her work in the laundry.

The ‘laundry’ was in fact the nitro-glycerine section of the factory. Nitric and sulphuric acid were mixed with glycerine and stirred into large vats of nitro-cotton to produce cordite, the propellent for firing the shells. The writer Conan Doyle described this cocktail as ‘the devil’s porridge’. By the end of 1916 Effie had been promoted to forewoman in the nitro-glycerine section.

Nitro-glycerine was such an unstable product that explosions could and often did happen despite extraordinary precautions. In March 1917, when Effie was on her shift, a problem occurred and, fearing an explosion, the factory was evacuated. When the rollcall revealed a number of women missing, Effie immediately re-entered the factory, located the group and got them out before ‘several tons of n/g suddenly disappeared in a lightning sheet of flames’.[2] One worker was killed and another nine injured.

A few months later a new order of chivalry, the Order of the British Empire, was created by King George V to recognise civilian bravery. It was the first order ever to include women and the first woman honoured was the Queen. In fact, an order of chivalry was only considered for those in the higher classes of British society, much as military honours were reserved for officers. The exception to this was the Victoria Cross, awarded for military bravery, regardless of rank. There was pressure now to recognise civilian bravery regardless of class so a medal was created, the Medal of the Order of the British Empire.[3] One newspaper called it ‘a sort of war worker’s VC’.[4] Effie heard later in 1917 that she was to receive the Medal of the O.B.E. and, because she was to be the first recipient of the new award from Edinburgh, it was presented to her in Edinburgh in April 1918 by the Lord Provost (Mayor) of the city.

Effie continued working as a munitionette until the factory was closed in mid-1919. By then she had met Thomas Baxter from the nearby village of Annan. They married in Edinburgh 1921 and in 1924 sailed for NZ to begin a new life in Auckland and then, from 1930, in Wellington. Tom and Effie Baxter lived the rest of their lives in Wellington and now both lie in Karori cemetery. (Public section, plot 628M)

[1] Commonly called the Gretna factory because of its close proximity to the village of Gretna.

[3] The medal of the OBE was awarded only until 1922. Post war it was given for service rather than bravery and was replaced by the British Empire Medal BEM. Effie was one of approximately 2000 recipients of the original medal.