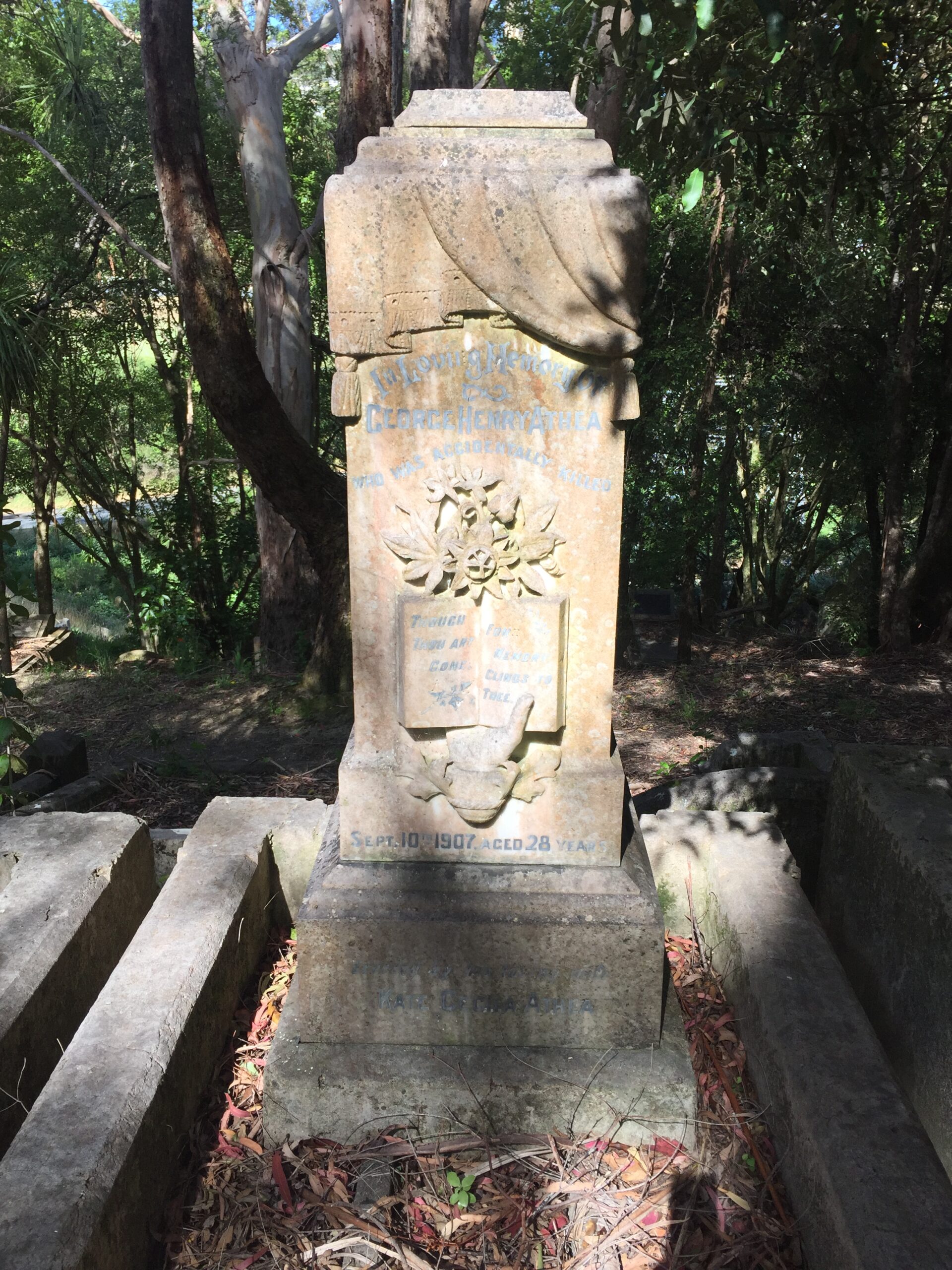 Deep in Public2 section is this fine headstone to 28 year old George Henry Athea who “met with a fatal accident whilst in the execution of his duty”. He had been married to Kate for for two years and they had a young daughter, Olive. The tram had only been running to Kilbirnie for two years and George had been working as a conductor for one year.On 10th September 1908, George was serving as a tram conductor on a ‘Palace Car’ between Kilbirnie and the Government Railway Station when he fell from the back steps of the car before it pulled up to the Kilbirnie Hotel. He continued the journey as a passenger and then was conveyed to his home in Farm Grove Berhampore, by Archibald Butters who had been in charge of the Tram Car. When the doctor finally saw him George was “deeply unconscious” and died at 7pm that night. The inquest concluded the death was caused by a fall from a tramcar resulting in a fracture of the skull and that the death was purely accidental. George’s father, George Athea Senior died suddenly on the 19th September. On the 7th October, a benefit concert was held by the Zealandia vaudeville company to raise money for his widow. In 1910 Kate remarried to Henry Barraclough.